This week the BBC had a debate about Africa’s New Middle Class. The lively discussion was held across a few days on social networks and on radio, bringing together opinions from both the continent and beyond. For background to the debate you can check out any of these links:

I partook in the discussion via Twitter and have expanded some of my 140 word-limit arguments below:

One of the initial sticking points was how to define the middle class. A controversial offering was to label anyone who earned between $2-20 as part of the middle class, and I think that the logic behind this designation was to focus on the role of urban class of salaried workers in continental development. Most of the people who belong to this category are way above the poverty line but aren’t near the upper class (the mass-property owning folks). Even this definition causes problems. But beyond the classifications I have a problem with the “New”.

There has ALWAYS been a middle class all over Africa. Class structures all over the world are pretty much the same: precious few at the top, some in the middle and the rest at the bottom. Literary artists and philosophers have theorized on class relations and expanded on how the vertical nature of class systems leads to all kinds of implications.

Of course, in order to make a debate effective and attractive, one typically wants to make a pithy statement. Yet the terms that set the debate are problematic because some false implications include that Africa didn’t have a middle class before, the current middle class is markedly different from what has existed or this class in question is ultimately crucial to Africa’s development. Again, the thought seems to exclude a rural portion which might be in an economy less dependent on cash but will still have much more capital than some bankers and teachers. Therefore, I think we need to situate the debate in a larger context: The “New Middle Class” is not unique and thus needs the other classes to drive growth.

Still, it is important to have such discussions so kudos to the BBC for creating the forum.

2. If Africa got rid of half of the corruption we would surpass the first world

Corruption surfaces in all kinds of forms in almost every situation; as such it is difficult to solely blame the government for corruption. It might be redundant to expand thoughts on corruption due to its all-encompassing nature so I will just say that if we agree with Ghana’s ex-President J.A. Kufuor who reportedly said that “corruption is everywhere”, then we have to harness corruption in a positive sense. One way is to motivate workers against corruption.

In some countries for instance, a police officer receives a bonus for bringing to book any driver who breaks a speeding limit. The reward process is straightforward and quite simple. From what I have heard of in Kenya, Ghana and Nigeria on the other hand, a police officer receives nothing for catching a recalcitrant driver. It is therefore somewhat unrealistic to expect altruistic police officers who will do the right thing with no incentive, especially when they do not share the privilege in forming part of this “new middle class”.

Africa does suffer from the historical and external pressures such as the problems of colonialism which I think we haven’t fully grasped and dealt with; Western and Chinese foreign intervention and interference in Africa policy also hurts us more than it helps us; having greedy Western banks accept billions channeled out of Africa by despots (hello, Mobutu, Abacha and co) is another problem. It seems as if these problems are much more difficult to handle due to the presence of the external; in the meantime it appears more feasible to tackle the internal problem of corruption.

The BBC is quite invested in Africa and African affairs. It has had long running programs on Africa, for instance, and people all over the continent and beyond tune in and contribute. The BBC also consistently hires some of the finest journalists from the continent. Current examples include Komla Dumor, whose rapid rise through the ranks suggests that the working environment rewards hard work. Farayi Mungazi is another brilliant name if you are into sports news.

With all of these positives, it is a tragedy laced in irony when we realize that such a crucial debate is being held by a foreign media house. There is nothing wrong with the BBC organizing the discussion but it would be great if we heard of Africa-based and African-run stations doing similar things. Maybe these are being done; if this is so, then we need to hear of them!

4.       If Nothing Substantial Comes out of these Debates, then Talk is Cheap

It is important to understand that just thirty years ago, freedom of speech was not as prevalent as it is in many pockets of the continent. I use Ghana as an example where we lived under military rule and the media was run by the state.  Today Ghana has hundreds of private radio stations for example, most of which allow for call-in programs and other forms of audience participation. There are countless private newspapers, and increasing access to social media allows people to share their views on everything and anything. Even though there are instances of abuse of this freedom (as there is anywhere in the world where freedom of speech prevails), the underlying fulfillment of this right is important for any democratic process. With this in mind, having the ability to talk about development and critiquing existing structures while positing solutions are important for progress on the continent.

We cannot stop at simply comparing the present situation to the past, though; neither should it be satisfying if all we do is talk about ways of pushing/pulling Africa forward. From such discussions as these, it is crucial to start and further initiatives through networking and other means. I was glad that the stakeholders for this debate represented all kinds of positions: employers, government, workers, students, etc. Let’s hope for tangible good. 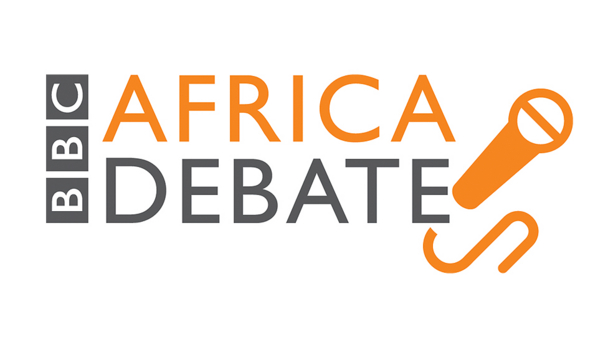 stories and thoughts and vignettes and half-finished conversations and

Walk My World With Me, Through My Eyes

It's green before it withers

life goes on. Life is greener before it withers; Save the moments

overflowincministries
In A Thousand Words

I am the storyteller. If you see my story, tell it to others.

the hub of Kwabena Agyare Yeboah